I had been in Bangladesh for just over four weeks, and in Sylhet for only one. Although I had visited the motherland many times before, this time, things felt different. To me, there was a semblance of newness in everything. This was perhaps because I had never ventured out so far, having always followed a strict itinerary of Heathrow to Dhaka, Dhaka to Chittagong, and then back again. As I sat in a cosy wee tea cabin in Srimongol, surrounded by vendors selling bright, intricate Manipuri sarees, and a chaiwala humming along softly to Hindi songs playing on the radio, a warm feeling of pride swept across me. It was at this point that I began to realise just how transformative this trip to Bangladesh had been. Before this, I had never truly appreciated the vibrant and colourful past of my motherland and I had never properly acknowledged the diversity of cultures which existed within it. Suddenly, my dad called from afar, telling us that we were running late and that it was time to go. We would be travelling north to Jaflong, a hill station which sits between Bangladesh and the northeastern Indian state of Meghalaya.

The ride to Jaflong was a bumpy one, full of twists and turns, courtesy of the rampant stone mining which took place in the area. One could not help but still be in awe of the beauty of the place, where we were cradled and overshadowed by luscious green hills and tranquil blue waterfalls. I turned to my dad and pointed out one particular waterfall which had caught my eye on a faraway hill. The body of water which flowed from it was graceful yet strong, powering down the rocky terrain of the hill.

‘That hill and waterfall is not ours.’ he said quickly, as though he didn’t want to get my hopes up.

‘What do you mean they’re not ours?’ I replied, visibly quite irritated.

‘They belong to India,’ he said with a sigh, ‘but they could have been ours too if the Britishers hadn’t…’ — the pride I had felt earlier quickly turned to sorrow — ‘…divided India the way they did. In fact, most of the mountains we’re surrounded by right now don’t belong to us.’ He paused. ‘We could have been a United Bengal, unified in our similarities and undivided in our differences.’

This was a tragic theme I continuously encountered during my trip – whether I was in the north or the south, the east or the west, Bangladesh served as a constant reminder of what could have been.

‘A United Bengal,’ I thought to myself, ‘How nice that would have been’.

Much like the winding and rocky roads of Jaflong, the tale of Bengal is full of extraordinary twists and turns. Bengalis make up the third largest ethnic group in the world, yet the majority of us are spread across two countries, separated along jagged and haphazardly drawn lines. Amar Shonar Bangla – translated to ‘My Golden Bengal’ – was written by Bengali-Hindu poet, musician, and Nobel Laureate Rabindranath Tagore in 1905. Created as a response against the first partition of the Bengal Province by the British administration, it captured the essence of the time, acting as a rallying call for the integrity of a unified Bengal. Although after much protest Bengal was reunited in 1911, this would not last for long, where at the end of the British rule in August of 1947, British India was divided into two independent nation-States: India and Pakistan — with the majority of the  Bengal delta becoming East Pakistan. The division of British India, and more specifically, Bengal itself, was based on communal lines of religion, with Pakistan being a Muslim-majority nation and India being comprised of a Hindu-majority. Between 1947-48, approximately 80,000 Bengali-Muslims fled India for East Pakistan, and about 1,000,000 Bengali-Hindus were uprooted, leaving East Pakistan for India. It is hard to comprehend the complete and utter devastation which partition caused — particularly heightened in provinces such as Punjab and Bengal, both of which bordered West and East Pakistan, respectively. Most, if not all of us with roots to the Indian subcontinent have heard the horrifying stories of forced conversions, arson, mass abductions, bloody massacres and heart-wrenching instances of sexual violence, where communities which had once lived side-by-side for the best part of a millennium were now at each others throats due to an outbreak of sectarian violence — with the Hindus and Sikhs on one side, and the Muslims on the other. This ultimately amounted to a mutual genocide, the painful memories of which carry on to this day.

With our flight to London scheduled for the next evening, and an entire day at our disposal, we decided to brave the tangled streets of Old Dhaka. Puran Dhaka — as it is referred to by us Bengalis — had a magical quality to it, with its pulsating vibrancy and frenetic energy, every unnamed alleyway, nook and cranny had a story to tell. My senses were overwhelmed. Either side of the streets were bristling with all kinds of shops, where a constant influx of people, rickshaws and livestock occupied a few inches in between. Overlooking the streets were old colonial-style buildings in desperate need of restoration. The paint on these buildings had cracked and peeled away, exposing the brick beneath, indicating the toll of many years of monsoon rain and scorching heat. We eventually located the famous Haji Biriyani restaurant, a staple of the Bengali-Muslim community of Old Dhaka, founded during colonial times. As we waited in the broiling heat in a queue which stretched out the door, I noticed a procession of men and women clapping and dancing whilst musicians played alongside them. In and amongst the crowd were three brightly decorated chariots carrying Hindu deities. I turned to my dad and asked him what was going on.

‘This is the Ratha Jatra – the Chariot festival. It’s a big celebration where Hindus take their deities out of the temple and take it to another,’ he said, smiling knowingly.

As I tucked into my biriyani, I found solace in the chaos which continued to unfold around me. Despite the madness, there was sanity. If Hindus and Muslims could live together in harmony, why was India, and more specifically Bengal, partitioned on the basis of religion? Why couldn’t there have been a United Bengal, a Shonar Bangla as envisioned by Tagore?

A bid for an independent nation-State of Bengal had been made by nationalist leader Sarat Chandra Bose and Bengali Prime Minister Huseyn Shaheed Suhrawardy in April of 1947 — a more secular alternative to the communal partition of Bengal. However, this was not to be, owing in major part to the conflicts between Hindus and Muslims, and echoed by the Indian National Congress and the Muslim League, both of whom rejected the notion of an independent Bengal. But where did this division arise from? It would be a much larger undertaking if I were to go into the details of this, but to cut the long story short, the creation and proliferation of conflict between these communities was the greatest accomplishment of British imperial policy — that of divide et impera (‘divide and rule’). The Revolt of 1857 shook the British to the core, seeing Hindus and Muslims fight alongside one another against their foreign oppressor. Alas, the systematic promotion of political divisions between the two communities began. When a restricted right to vote was petulantly granted to the Indians, separate communal electorates were created by the British, allowing Muslim voters to vote for Muslim candidates, in order to secure seats in Muslim constituencies. This inevitably served as the beginning of the end, giving rise to tensions and preventing the formation of a unified nationalist movement which could topple British rule in India.

The policy of ‘divide and rule’ had worked all but too well, where in the aftermath of World War II, when Britain was no longer in a position to rule over a faraway land, the Muslim League had been strengthened enough to make demands for a separate, Muslim-majority nation. With the possibility of a united India becoming essentially non-existent, the prospect of a thriving, secular and culturally rich United Bengal had died. So, as Sir Cyril Radcliffe — a man who had never been to India and had no knowledge of its history, societies or traditions — drew up his maps to create India and Pakistan, he helped to divide not only provinces, districts and villages along jagged, haphazardly drawn lines, but also the homes and hearts of real people, the ripple effects of which we Bengalis still feel to this day. Thus, the tale of Bengal, of Amar Shonar Bangla, serves as a painful emblem of the colonial legacies left by the British. It is a tale of misfortune, bloodshed, sorrow and division. 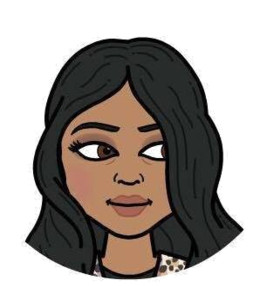 Illustration of me by Lucy Knell